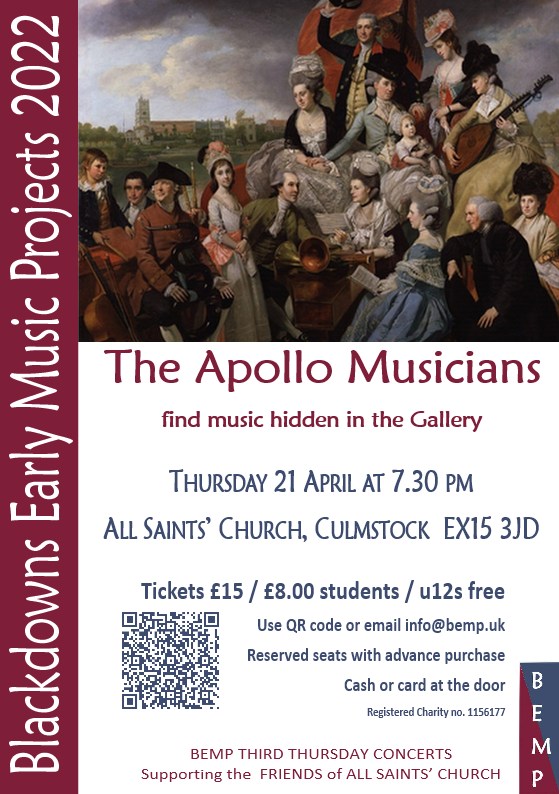 The Apollo Musicians have all played at the Globe Theatre, London and with top ensembles throughout Europe, such as The Sixteen, The King’s Consort, His Majesty’s Sagbutts and Cornetts, The Broadside Band, The English Cornett & Sackbut Ensemble among others.

Nicholas Perry is an accomplished player of many early instruments, a renowned instrument maker and curator.

Sharon Lindo is a highly sought after violinist and also plays rebec, recorders and bagpipes among others.

Arngeir Hauksson is an equally versatile musician, playing all sorts of plucked instruments such as lutes, cittern and guitar.

Coming together as The Apollo Musicians in Culmstock, they will bring a variety of instruments (their appearance in artworks and some stories attached to them) such as shawms, hurdy-gurdies, pipe & tabor, bagpipes, lute, violin, rebec, recorders …oh, and a serpent…. to illustrate their exploration of a number of works of European art.

Music will include works by Handel, Telemann and Holborn.