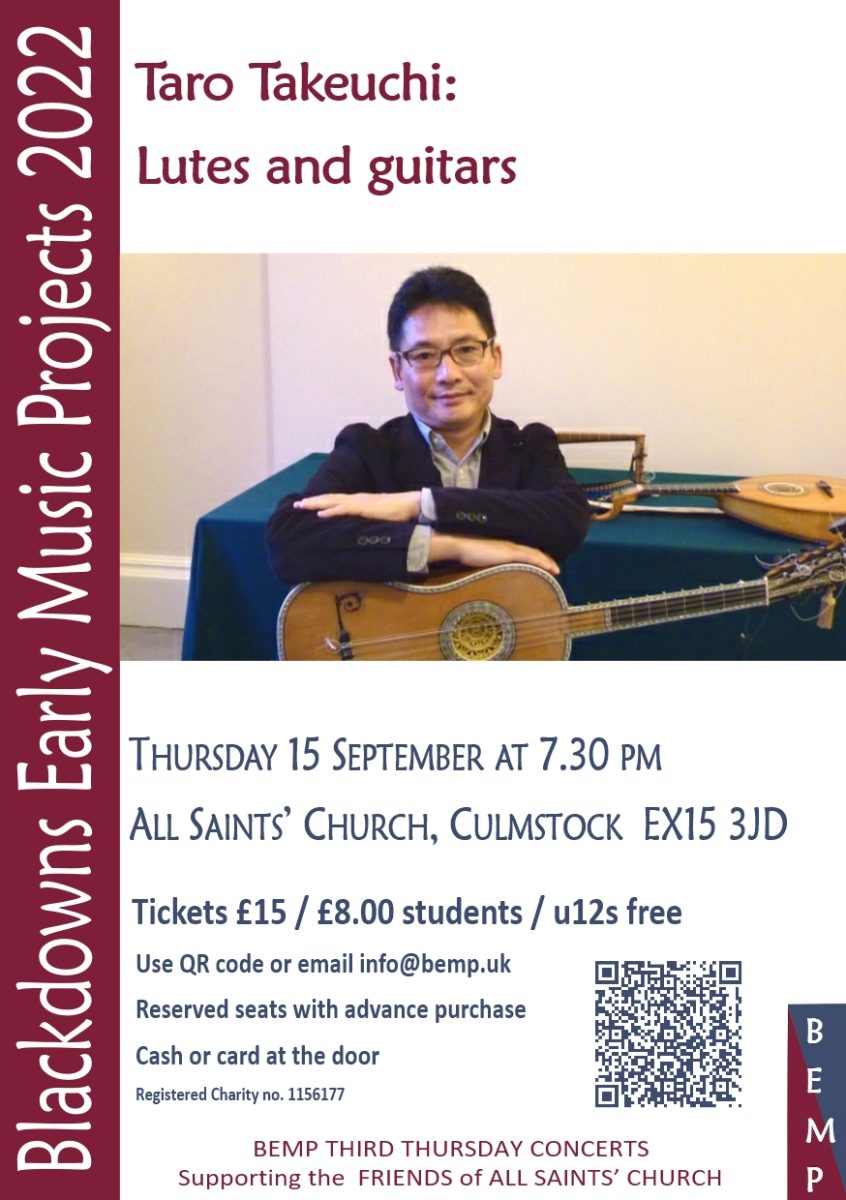 Taro Takeuchi was born in Kyoto, Japan. After completing degrees in law and music in Tokyo, he studied early music at the Guildhall School of Music and Drama. He now divides his time between the UK and Japan, playing,  coaching and collecting instruments!

Taro is in great demand as a soloist and ensemble player and has worked with The English Concert, The Royal Opera House, The Orchestra of the Age of Enlightenment, Berlin Philharmonic, as well as Sir Simon Rattle,  Rachel Podger and Nigel Kennedy. He has made recordings for Deux-Elles, EMI, Hyperion, BBC and others, many of which have received very high critical acclaim.