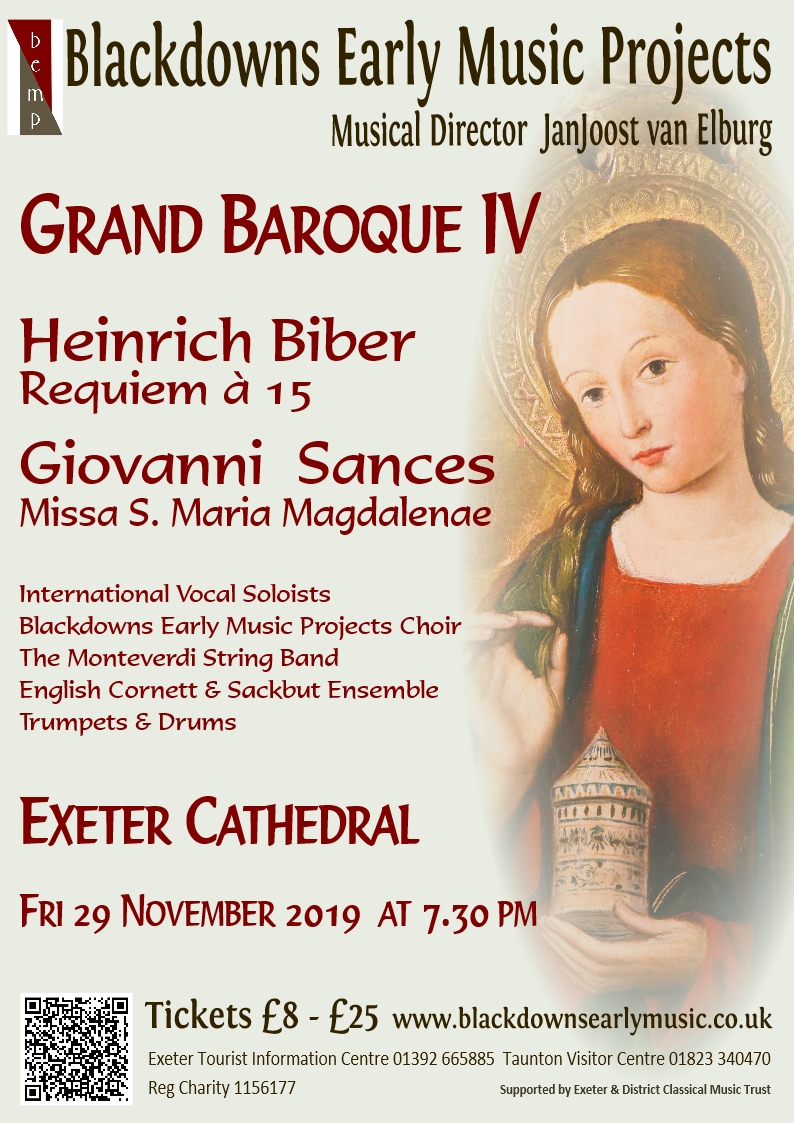 Biber’s career as a virtuoso violinist was accompanied by a magnificent output of large choral works for Salzburg Cathedral.  With all the ceremonial instrumentation  available to him, this Requiem written for the funeral of  Biber’s long term employer Archbishop Maximillian Gandolf shows Biber at his best. The music is  brimming with rhythmic vitality, harmonic interest and written in A major,  unusual for the occasion.

Giovanni Sances worked most of his adult life in Vienna for the rich Habsburg Court and was frequently commissioned to write large works for specific occasions.  The Missa S. Mariae Magdalenae was likely to have been used at the wedding, on her nameday, of Eleonore Magdalena Theresia,  Emperor Leopold I’s daughter. A playful work for double choir, this Mass is full of joy.  The first transcription of this work was completed in 2004 for the BEMP organisers,  who are thrilled to be performing it for the first time in the SW in suitable surroundings!