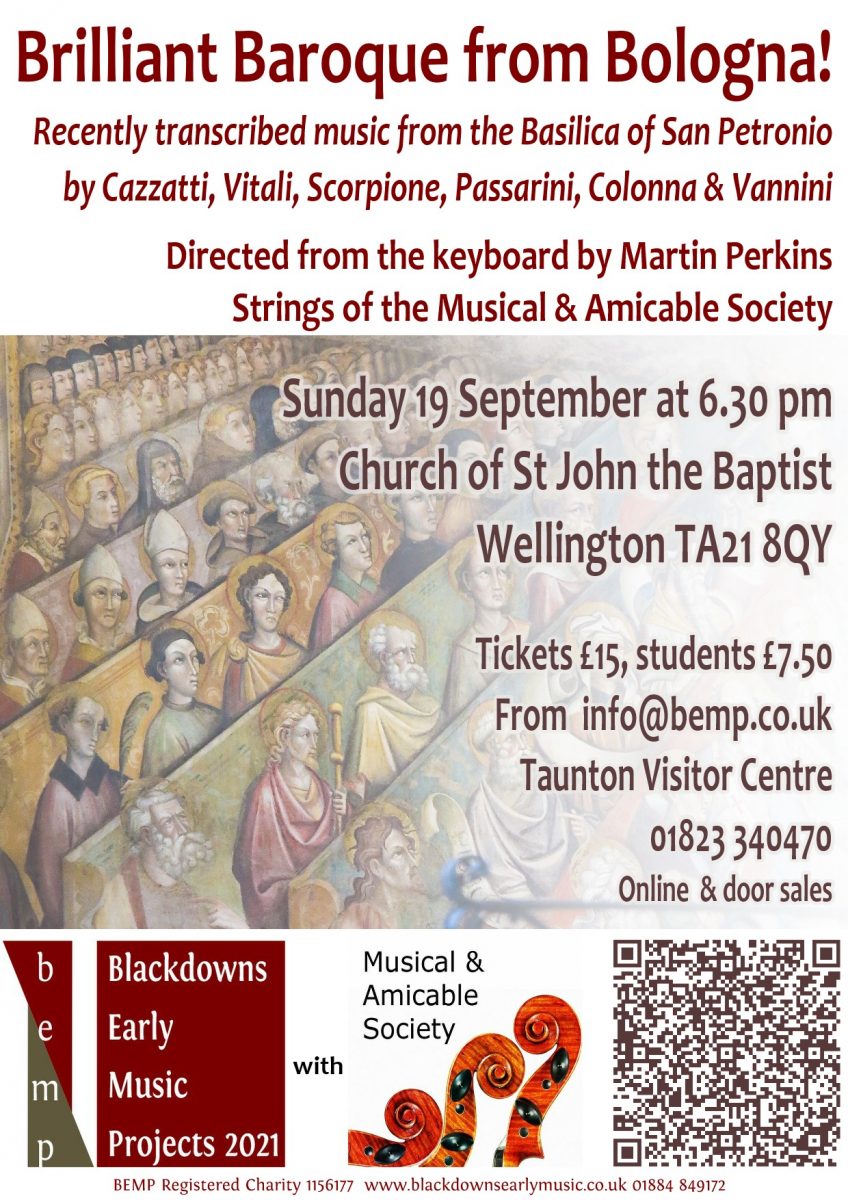 BEMP is teaming up with the Musical & Amicable Society in the BEMP’s first choral programme since November 2019. It will be so good to sing again for a live audience after the lockdown. This programme, of very rarely heard Italian baroque music, accompanied by the M&A’s violins, viola da gamba and organ, will be a wonderful return to ‘normal’ service!

Martin Perkins, directing from the keyboard, has devised a programme of music derived from the archives of the Basilica of San Petronio in Bologna, most of which he has transcribed himself.  The works are mostly for double choir, some for four or five part single choirs, with the composer Maurizio Cazzati featuring most prominently.  He was an influential, and occasionally controversial maestro di cappella from 1657 to 1671.

The instrumentalists will join the singers in many of the double choir items, and will play some interludes during the programme.