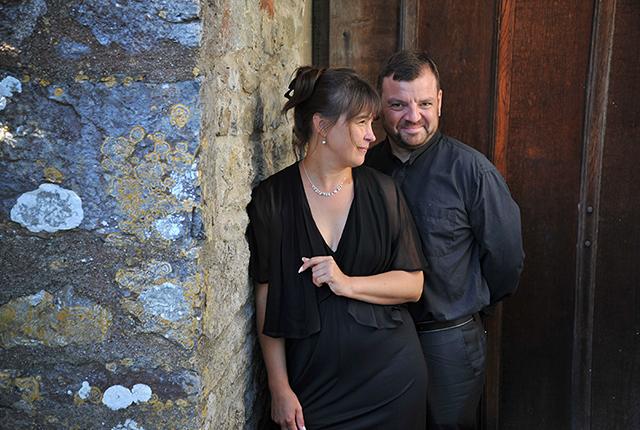 Steven Devine (harpsichord)  & Kate Semmens (soprano) arrive on October 21st evoking the world of London’s C18 rural retreats on the Thames riverbanks, the Pleasure Gardens of Vauxhall, Cremorne and Ranelagh.  The melting pots of 18th century society, visitors enjoyed the formal gardens and listened to music in the grand rotunda.  Steven and Kate will recreate some of these sounds in an evening designed to amuse.

Steven  enjoys a busy career as a music director and keyboard player working with some of the finest musicians. He is the Principal Keyboard Player with the Orchestra of the Age of Enlightenment and also the principal keyboard player for The Gonzaga Band, Classical Opera (The Mozartists) and performs regularly with many other groups around Europe. He has recorded over thirty discs with other artists and ensembles and made six solo recordings. His recording of Bach’s Goldberg Variations (Chandos Records) has been received to critical acclaim – including Gramophone magazine describing it as “among the best”.  With Kate   there have been 2 recordings of  17th and 18th Century English song – Post-Restoration up to and including Pleasure Gardens music, some of which they will bring to Culmstock.